It’s Wednesday, and someone approaches me with the weirdest job offer ever, which turns funny, then funnier, then amazing, then creepy.

By 11am, my back already hurts from carrying all my lazy colleagues. Someone on LinkedIn pops up to ask if I want to be a wealth advisor. A what? Apparently it’s where you tell international millionaires how to spend their money. I’ll go along with it…

Sounds far too good to be true. Suspicious. I do some Googling, and it turns out this is a real job – it involves asking rich folk what they want to retire on, and what school they want their kids to attend. You know, the real questions. It also transpires they’re the world’s fastest growing wealth advisory – $10bn currently, with the prime properties in every major city. Fine, I’ll take the call.

Head of recruitment video calls me to give the most practised, well-timed sales pitch ever. He’s wearing an expensive suit and between the glass walls and potted plants is a skyscraper view in the background. He wasn’t posh, but imagine a cocky salesman voice as I paraphrase what he said:

“I set out to retire at the age of 40, and with good property investments I met that goal. But when you retire at 40, there’s not many people to play with – and you can only have so many helicopters.

“So I came back to work here with the CEO Steve. Steve likes to succeed. He set out to make the biggest financial advisory firm, and he’s succeeding.

You’ll begin in Malta, and then with the help of our training academy in Dubai, there’s no reason you can’t have more helicopters than me.”

What a pitch. Did he really humble-brag his helicopters? Who doesn’t like success? He continued:

“All I need you to do is send me a 20-second audition tape telling me why you want this job. Don’t write a script; I’ll see it in your eyes. Just think it, and say it, and mean it. You have 24 hours from when I hang up this phone.”

He really reminded me of Douglas Reynholm from the IT Crowd. Now you need to know something about me: I don’t do things conventionally. I’m hate speaking corporate language, and am often the only one in a business who says real things with actual substance. It follows that my presentations are somewhat unorthodox, because I have to entertain myself (much like the Crystal Maze audition). Another story for another time. So I spent my very busy Friday making a pitch for head-of-recruitment Mark. I had 8 minutes in the meeting room, and produced this:

So forgot about this, ordered a ‘Steve likes success’ t-shirt, and continued my hectic life. Next day, someone from the firm rings me and said they liked me. What? Which part? All of it. Okay, I can continue having fun if it inspires another t-shirt. He grilled me for 30 minutes before I flipped the script and began asking the recruiter questions and advising him what a great career move he’d made. Risky, but it’s different.

He calls again to say he likes my bubbly personality (I hate everything), and ask if I want the final interview. I don’t because the main problem with being a wealth advisor is that I don’t like money and I don’t really like people. But Mark’s based in Malta and I’ve never done an interview via Skype, so why not. It’d be an opportunity to ask the real questions – “Mark, how many helicopters do you have?”

In the end, Mark asked me if I want lots of money, and I said no. I like making money for the company, getting results, and helping people, but don’t need a big bank balance myself. It’s an industry driven by money, and I don’t think he liked it lol. He didn’t seem to grasp that there’s other ways to be driven and ambitious – such as by accomplishing as many jobs and educations simultaneously as I have!

I would like to congratulate you on being selected to attend the ****** Business Development Academy, the first step of your career in becoming an International Wealth Advisor in some of the most exciting locations around the world.

Oh wow… so he asked me: Will it be London or Dubai? Not everyday I get an offer like that.

They’d pay for my travel, put me in a hotel, and get me earning later.

After some red flags and reading some reviews of the company being really immoral, I turned down the offer in the end. Still, it provided many days of entertainment. What a roller coaster. 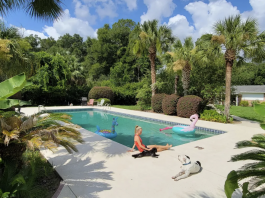 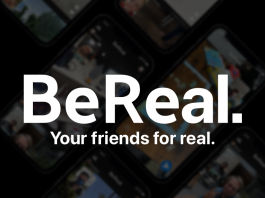 4 Ways BeReal Is Improving Our Lives 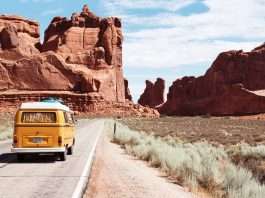